Crete has a long and vibrant history, but delve into the depths of Cretan artistic history, and you’ll find one of the most influential poets of all time – Vincenzo Kornaros. He was the most revered player, if not the pioneer of “modern Greek literature”, and his work would become a centerpiece of the Cretan renaissance.

Vincenzo Kornaros is considered to be one of the most influential poets in Crete. His words romanced the crowds for centuries, and he is celebrated as one of the most influential figures of the European Renaissance. Born in Sitia, Crete in 1553, he was the son of a Venetian-Cretan aristocrat and a scion of the noble Venetian family of Cornaro. He moved to Heraklion (then known as Candia) with his wife Marietta Zeno, and joined the Accademia dei Stravaganti or ‘Academy of the Strange Ones’. Kornaros was a revolutionary, and died in 1613, just before his esteemed contemporaries William Shakespeare and Miguel de Cervantes. Not many biographical accounts exist of the mysterious poet from Sitia bar his own few verses at the end of his most famous poem – Erotokritos.

The Story That Rebirthed the Greek Language

Erotokritos was a monumental 10,000-word poem written in Greek dialect that charmed his readers through four turbulent centuries. Each of them was fraught with wars, conquests, revolutions, and historical upheavals. First released in print in Venice in 1713, a copy is now kept safe in the Gennadius Library in Athens, along with another in the British Library at the British Museum in London. A complete translation by Theodore Stephanides was published in English in 1984, making Kornaros’ encapsulating verses even more accessible.

“Who in this world has never glimpsed Love’s face?”

“Who has not yearned, who has not joined the chase?”

A story of love and friendship, the penned masterpiece has been likened to “Romeo and Juliet”, but it delves deeper into the realms of honor and courage, making its protagonists far more sensational than Shakespeare’s revered star-crossed lovers. The poem is depicted in five acts, each peppered with beautiful dialogue and an emotional heart that speaks of the subtle facets of the human soul so elegantly and truthfully, despite the hyperbole of the characters’ actions. It remains a beloved piece of history in the eyes of Cretans today and will continue to inspire poets, writers, and art lovers for generations.

The Story of Erotokritos and Aretousa

In Ancient Athens, Erotokritos, son of a faithful advisor to King Heracles of Athens, falls in love with princess Aretousa. In true medieval form, he sings at her window like an angel of the night. Aretousa, like a human seduced by the ethereal tones of a mermaid, falls in love with the voice of her unknown suitor. Erotokritos means the one who is tormented by love, and it seems that this magical spark between the two young lovers should not go out.

King Heracles scolds his daughter for her ‘blind love’. He asks to have him arrested during an ambush, having no valid reason to arrest him. During the fray, two of the King’s men are killed by Erotokritos and his best friend Polidoros. Realising his unsolicited love can only bring unhappiness to the kingdom, Erotokritos leaves the city and travels to Evia. Princess Aretousa soon discovers the identity of the singer and grieves his absence.

No longer able to placate his daughter, the King organises a great battle of the boys to attract suitors and marry her off. Princes and lords come from afar to try for the hand of the melancholy maid, but alas, Erotokritos is the winner. Aretousa falls in love with Erotokritos immediately, and the two lovers meet under her room. The King hears of the affair and banishes Erotokritos forever, but the lovers secretly wed before his departure. Aretousa refuses her father’s arranged marriage and spends her days imprisoned away with only her nanny for company, as the King tries to find her an eligible suitor.

Three lonely years have passed, but not a day later, Athens is under siege by the Blachs. Erotokritos, disguised as a soldier, seizes the opportunity to save the King’s life, despite his contemptuous treatment. The King, not knowing the identity of his saviour, offers his daughter’s hand in marriage as a deserved prize. Aretousa at first refuses, not knowing the identity of her betrothed, but Erotokritos confirms his faith and reveals himself.

The King finally gives up and accepts the fated couple, allowing them to marry. Erotokritos ascends to the throne of Athens, and all is fair in love and war. The poem ends with far more pomp and circumstance, and much less tragedy than Romeo and Juliet. Vincenzo Kornaros confirms his own identity in the last twelve verses of the poem, along with his birthplace, Sitia.

The work of love and torment depicted in Erotokritos is as much cherished by the Greeks as the tragic tale of Romeo and Juliet is by the English. Erotokritos set a foundation for the art of Cretan literature and inspired many contemporaries such as Kostis Palamas, Kostas Krystallis, George Seferis, and Dionysios Solomos. The latter is well-known for writing Greece’s national anthem. Most of all, the main themes of the poem, such as true love, friendship, courage, and patriotism, are values that are close to the heart of all Greek people.

The story of Erotokritos continues to be recreated in many forms, including theatrical performances, art exhibitions, and musical concerts. The musical versions are particularly enchanting, as the rhythmic lines of the epic poem lend themselves perfectly to the expressive genre. This video of Sitia born Stelios Petrakis playing the Cretan lyra is particularly haunting and at once inspiring. Effectively capturing the highs and lows of the turbulent love story. Cretan lyra player, Georgia Dagaki delivers a captivating version that grabs hold of the heartstrings and refuses to let go until the very end.

Visit the Legacy of Vincenzo Kornaros in the Heart of Heraklion

In celebration of the great artists in its history, Crete has many sights dedicated to its founding fathers in all disciplines. In particular, the esteemed Vitsentzos Kornaros is honored in a few different spots in the city.

The Kornaros square in Heraklion, or “Falte Tzami”, as the locals call it, is dedicated to the great Vincenzo himself. The square is one of the most popular and significant sights in Heraklion. Wandering around here is a pure delight. You can gaze upon the architecture and enjoy a coffee from the old Turkish gazebo-turned coffee shop. The 16th century “Bembo fountain” with its headless effigy catching your eye on one side, and the impressive life-size bronze statue of lovers Erotokritus and his beloved Aretusa on the other. It’s made all the more special to behold when you know the story.

Another nod to Vincenzo’s artistic contributions is the Vitsentzos Kornaros cinema in Heraklion. There’s also a ferry boat named after him that connects Heraklion to the Greek islands of Kythera and Antikythera in Peloponnese.

Vincenzo Kornaros vision is alive and well at the Legacy Gastro Suites in Heraklion. There are four out of twelve boutique luxury suites at Legacy Gastro, dedicated to Kornaros and poetry. A luminous space complete with original and unique upholstery, designed to immerse you in an environment full of rich culture and vibrant artistry that is almost sonorous in the air as it stimulates the senses. Walkthrough halls of impressive chandeliers, taste the authentic flavours of Greek culinary culture at every mealtime and explore the entirely refurbished historic building in the centre of the city, and you’ll feel like you’ve stepped into a place from another world, another time. A place where philosophers, writers, and poets walked the street nonchalantly. Step into the V suite at Legacy Gastro Suites, and you’ll enter an inner sanctum celebrating the legacy of Vincenzo Kornaros. Poetry books and floor to ceiling mirror carved with the poem of Erotokritos!

Vincenzo Kornaros is truly a part of Cretan history. Cretans love his work for its exceptional beauty, and representation of values close to their hearts, and that of every human soul. Vincenzo Kornaros’ words speak of personal virtue and dignity, perseverance and altruism, loyalty and passion. Cretan’s applaud the man who left a unique cultural narrative etched onto the timeline of Heraklion, and the legacy of a lifetime imprinted into the history of modern Greek literature. When you visit Heraklion, be sure to remember the important work of Vincenzo Kornaros, the immortalised love story of Erotokritos and Aretousa, and the vibrant cultural heart of the Cretan way of life. 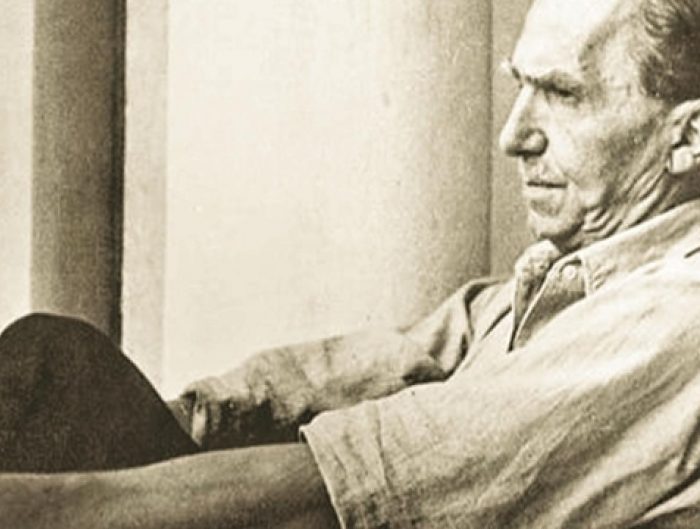 THE CRETAN DIET: A Delicious Part of Greek Gastronomy
February 8, 2019