If you’ve been following my articles, you’ll know my love for Crete is newfound and continually growing. I’ve been wined and dined, treated to great nights of sleep in Heraklion’s finest hotels, and spoiled by hospitality – still unrivalled throughout my travels. But what makes Crete so unrivalled, so unique, and so unlike other islands – especially those in Greece?

Crete is the largest of the Greek isles, warm all year round, a holiday destination, a cultural hotspot, a place where people live, work, and love.

It has a history

It’s undeniable that Crete is home to some of Greece’s most fascinating historical sites, including some of the oldest in all of Europe. What other islands will you find ancient palaces, labyrinths from myths about Minotaurs, and even the birthplace of a God? Driving only fifteen minutes out of the hustle and bustle of Heraklion, you’ll find your first famous insight into history – Knossos, a Bronze Age settlement regarded as being the oldest city in Europe. Its remains are well-preserved, despite its origins dating back to 7000 BC! Not content with just standing there for all to admire, Knossos has been immortalised in famous Greek tales featuring heroes Theseus and Icarus, vanquishers of the fearsome Minotaur entombed in a labyrinth deep below the city. You can tour what remains of the Palace of Knossos and take in some of that ancient history, but Heraklion’s Archaeological Museum is the go-to place to learn about Ancient Greek legend, civilisation, and culture outside of the Greek capital of Athens itself.

Something that sets Crete apart from other islands is who was born there. Nikos Kazantzakis, the famous important Greek writer and philosopher. King Minos, legendary leader of the Minoans. Oh, and Zeus – God of all Gods. Not many other places can claim to have birthed a God. Arguably, Cretans can’t decide where abouts on the island he was born, but they all agree that it definitely happened in one of two caves, but probably not both. Half of Crete will tell you that the mighty Zeus had his first nappy changed in the mysterious Dikteon Cave in Southern Crete, and the rest will say they first heard the cries of the baby God come from the highest point on the island, Mt. Ida. Regardless of which cave heralded the king of the Greek pantheon, it was on this magical island.

Crete has a fascinating and dynamic geography, with mountainous regions, unique coastlines, and lowlands of arid land. Characterised by its craggy hills and impressive peaks, its land can also be impossibly flat – the area between Chania and Kolymbari, Western Crete’s realm of tourist resorts, is famously uninclined. Its geography acts like it belongs to a much larger country, or even continent, with diverse zones and regions distinct from one another. You could be forgiven for thinking that driving from one side of the island to the other isn’t through different countries! And technically, you are. You’ll pass through surf country, wine country, cheese country, and country music all in one afternoon.

Let’s talk beaches. All islands have beaches – it’s kind of a given. Where there’s water, there’s rock, and there’s sand. But Crete would never be so boring, and one of its most intriguing beaches foregoes sand altogether in favour of coral and seashells. This is Elafonissi Beach, pink in colour and unique in composition. Thanks to thousands of years’ worth of eroded seashells and coral mixing with the brilliant-white sand, the beach gives off an exceptionally Instagrammable hue. Mix that in, with the incomparable aquamarine Mediterranean and you have somewhere you won’t find anywhere else. Ranked as one of the most beautiful beaches in the world, you’ve got to get to Crete and see it for yourself.

Far along the coastline, you’ll find a completely different but equally wonderful beach. Former home to loads of hippies, including Joni Mitchell, is the famous Matala beach. Lined by impressive limestone caves that host annual hippie festivals, you’ll think you’ll have stepped onto some sort of transcendental alien planet when you visit this place. More Martian than Minoan, the red beaches and carved man-made caverns feel otherworldly. Within these caverns, you’ll find Roman tombs and living quarters – a whole city built into the rocks. Definitely somewhere to visit, step out of reality, and grab some great shots. Just politely ask the hippies to move out the way.

Balos Beach is similarly famous. Turquoise water, sandbanks, lagoons – and tourists. People come to Crete for its beaches, it’s a fact. Whether on an all-inclusive resort holiday or just because they know its beaches are some of the most stunning in the world. Balos presents the image of a classic beach – the kind you picture in your mind when you think of ‘holiday’. The kind reserved for the front page of travel brochures, childhood daydreams, or grand prizes in Saturday night game shows. The only difference is that you can access it by foot, boat, and air! The beach is renowned, uniquely popular, and unforgettable.

Landscapes that are out of this world

Speaking of unforgettable, you’ll want to check out some of Crete’s mountainous ranges, craggy lowlands, and diverse landscapes. Created by a small river running between Crete’s White Mountains and Mt. Volakias, the Samariá Gorge is just one key example of why this unique island’s landscape. Part of the region of Chania’s protected national park and home to some impressive untapped natural splendour, the hike through the gorge feels mythical – and alien. I hiked through this amazing canyon recently, towered over by high rock faces, cooled by the running stream, and in awe of my surroundings. Again, it feels like you’ve stepped into another country here – or world. Those alien vibes are back, transporting you from a Greek island to a sci-fi wilderness. Double-check your map app when you get there to make sure you aren’t on the moon.

A treat for culinary connoisseurs and wine worshippers

For me, Crete’s all about the food and drink. You’ll have read my blogs about kafeneios and tavernas, devoured my detailed descriptions of dining rooms, and consumed my conscious efforts to invest you in Crete’s culinary gold.

With more exports than any other Greek island, Crete comes out on top as a culinary capital. You’ve got cheese, olives, fine wines, and of course – bread. Anyone who follows my writing knows I can’t get enough of the Cretan bread, and dipped in some locally -made olive oil, it’s unbeatable. Some highlights include carob bread, an unexpectedly sweet dessert bread. Somewhat chocolatey, it’s similar to having a slice of banana bread with your coffee. And who can forget Dakos, a rich Cretan Meze that’s often referred to as ‘Greek Bruschetta’. Made from barley rusks, which is like a hard, twice-baked bread, mixed with sourdough, and topped with tomatoes, aged mizithra cheese, or sometimes just crumbled feta. I’ve even had it with halloumi. Who cares – give me all the bread and cheese. You know it’s what I’ve come for.

Complimenting the bread and cheese is the wine. Crete is one of the world’s oldest winemaking regions, dating back to 2500 BC. Traditional Cretan wine is sweet, but the grapes grown under the Cretan sun are diverse and flavoursome. Some of the island’s top white wines include Muscat of Spina, Vidiano, Dafni, and Malvazia, just to name a few. But on the other hand, its red wines are legendary. Romeiko. Tsardana. Kotsifali. You won’t find a local taverna that isn’t well -stocked with barrels and bottles aplenty, and with so much wine to go around, don’t be afraid to try as much of it as possible. It would be rude not to, honestly.

Finish your delightful charcuterie of Cretan spread with some homemade raki – a drink of the Gods on Crete. This is what teenage Zeus was drinking, hanging around one of his caves on a Saturday night back in BCE. With a delicious flavour of sweet raisins and unique in its plain composition, this fragrant grape-based spirit can contain around 40 – 60 % alcohol. So, if Crete’s wines didn’t quite drink you under the table, the raki will have you disassembling the table, taking it back to the shop, and calling it a night.

Not only a joy to drink, raki also holds a place of honour as a popular tradition in a Cretan taverna or home – it’s a welcome drink between friends, a palette-cleanser, or the best way to toast a great night out. You know Cretan hospitality is unbeatable when one of its symbols and traditions is to give you drinks.

Welcome to your second home

Cretan hospitality – you aren’t going to find anything like it anywhere else. The Cretan people are electric. Loud, voracious, personable – like you’ve known them all your life. That this taverna is your home, and its staff are your family. They preserve their traditions – their symbols, their enthusiasm for their culture, and their patriotism for their island. It’s heartening, to say the least, and the energy they give out is boundless. Their weddings and baptisms are endlessly entertaining and usually last for days, as do various feasts and festivals. If you’re planning a trip to Crete, why not go for Christmas? Not content with one day, they have fourteen. From Christmas Eve to the Epiphany on January 6th, it’s all-out Christmas party time. And what better a Christmas present for you to give than raki?

You can read more of my adventures in local tavernas and kafeneios on this blog – each has found me in the company of someone massively entertaining, locals who are knowledgeable and friendly to the ends of the earth, or among throngs of excitable individuals. I’m yet to find any hospitality to challenge Crete’s, and I doubt I ever will.

As I conclude my analysis of Crete, all my words make me want to do is return. It’s becoming more frequent now that I’m finding myself at home there, and each trip – whether that’s a weekend getaway, random invitation, or holiday – gets me closer to this unparalleled place. The thing is, that’s what makes Crete more unique than any of the other islands. Because every experience you have there is diverse. There are no dull moments, nothing expected, nothing routine. You can have unique experiences there, and come back home with the hope of immediately returning for more. Nowhere but Crete could make you feel like that. 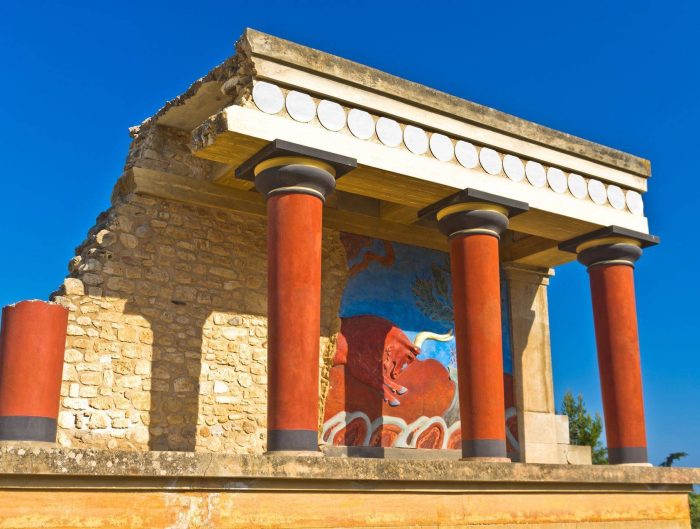 Travel back in time to discover the secret of Knossos
August 18, 2020 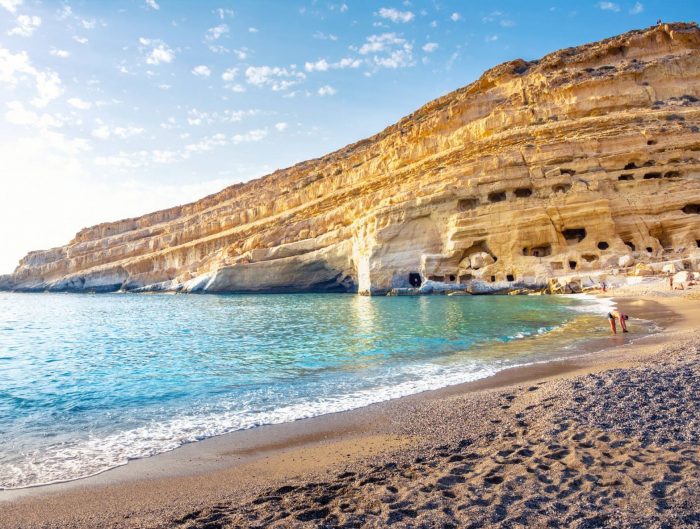 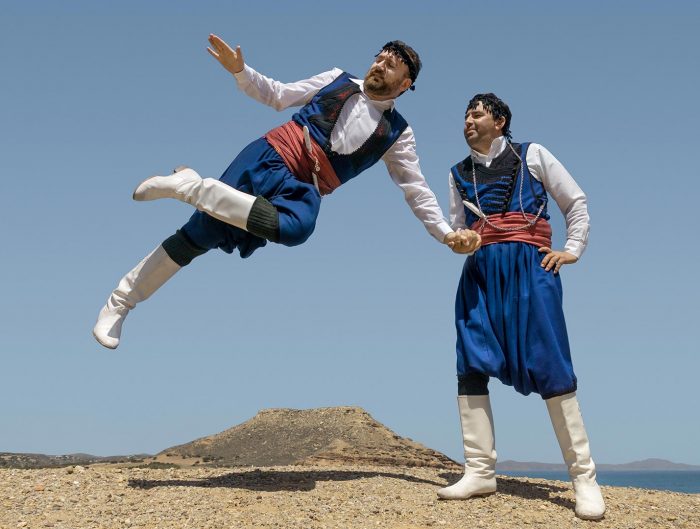